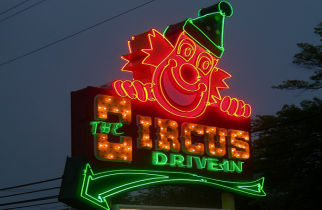 Name after Garret D. Wall, a lawyer who commanded a volunteer company during the war of 1812, Wall Township comprises all the land from the Shark River to the Manasquan River as well as Belmar to Howell. “General Wall” was the Quartermaster General of New Jersey, and noted for being the only man appointed governor who declined to serve. Before becoming a senator, he held the position of United States Attorney for the State of New Jersey.

The main commerce of Wall in the 1800’s was farming and fishing. The township was not established until March 1851 when Governor George F. Fort signed an Act of the New Jersey Legislature. It was at this time that Wall separated from Howell Township and new borders were drawn.

Wall Township played a part in the early history of radio. Around 1900, the newly formed Marconi Wireless Telegraph Company purchased a 93-acre farm in Wall for the purpose of commercial transatlantic radio operation. Marconi used this site for approximately twenty-five years. Sadly, in 1927, the Ku Klux Klan inhabited the farm. Fortunately, they were ejected a year later.

Wall also was a staging ground for soldiers heading to Europe to fight in World War II. In 1940, a simulated German village was set up at Allaire State Park to be used for training. Allaire State Park remains a major attraction in Wall, offering visitors the opportunity to fish, hike, horseback ride and even camp.

Wall enjoys a location that is a quick hop, skip & a jump to some of the best beaches on the Jersey Shore. Wall also boasts Wall Speedway, a 1/3 Mile Racetrack that hosts many top racing events. Between Allaire State Park and Shark River, one never runs out of outdoor activity in Wall.

Something great for little ones: The Pine Creek Railroad! Established in 1953, the Pine Creek Railroad is an example of rail travel at the height of the steam era in the United States. The live-steam and diesel, narrow-gauge trains are operated by the NJ Museum of Transportation. For more information, call (732) 938-5524