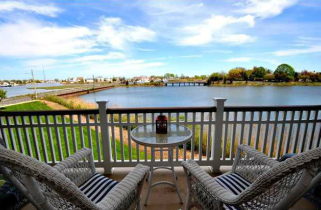 Brielle has no ocean frontage but has almost 4 miles of frontage on the Manasquan River, Debbie's Creek and the Glimmer Glass. Very little vacant land remains. There are approximately 4,600 as population within our 1.8 square miles, including the eight acre island. A large section of land is occupied by the nationally known 140 acre Manasquan River Golf Club, founded in 1922.

The Manasquan River forms our southern boundary and to the east, north and west, Brielle borders Manasquan Borough and Wall Township. Brielle has 20.09 miles of municipal roads, 4 miles of of county roads and 2 miles of state highways. Brielle is policed by a fifteen person department. Brielle Fire Company #1 (organized June 13, 1910), and Brielle First Aid Squad (incorporated 1962), are made up of volunteers. Brielle is governed by a Mayor and Council which meet twice each month in Borough Hall located at the corner of Union Lane and Union Avenue. Thomas Nicol is currently serving as Mayor.